Está es mía !! This is Mine!! Abeja Carpintera 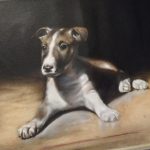 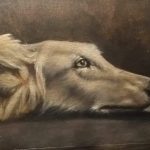 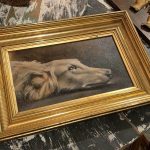 A little introduce about Giclee Prints

The Definition : Giclee (zhee-klay) – The French word «giclée» is a feminine noun that means a spray or a spurt of liquid. The word may have been derived from the French verb «gicler» meaning «to squirt».

The Term : The term  «giclee print» connotes an elevation in printmaking technology. Images are generated from high resolution digital scans and printed with archival quality inks onto various substrates including canvas, fine art, and photo-base paper. The giclee printing process provides better color accuracy than other means of reproduction.

The Process : Giclee prints are created typically using professional 8-Color to 12-Color ink-jet printers. Among the manufacturers of these printers are vanguards such as Epson, MacDermid Colorspan, & Hewlett-Packard. These modern technology printers are capable of producing incredibly detailed prints for both the fine art and photographic markets. Giclee prints are sometimes referred to as Iris prints, which are 4-Color ink-jet prints from a printer pioneered in the late 1970s by Iris Graphics.

The Advantages : Giclee prints are advantageous to artists who do not find it feasible to mass produce their work, but want to reproduce their art as needed, or on-demand. Once an image is digitally archived, additional reproductions can be made with minimal effort and reasonable cost. The prohibitive up-front cost of mass production for an edition is eliminated. Archived files will not deteriorate in quality as negatives and film inherently do. Another tremendous advantage of giclee printing is that digital images can be reproduced to almost any size and onto various media, giving theartist the ability to customize prints for a specific client.

The Quality : The quality of the giclee print rivals traditional silver-halide and gelatin printing processes and is commonly found in museums, artgalleries, and photographic galleries.

The Market : Numerous examples of giclee prints can be found in New York City at the Metropolitan Museum, the Museum of Modern Art, and the Chelsea Galleries. Recent auctions of giclee prints have fetched $10,800 for Annie Leibovitz, $9,600 for Chuck Close, and $22,800 for Wolfgang Tillmans (April 23/24 2004, Photographs, New York, Phillips de Pury & Company.)

The term «pigment print» is used generally for any type of printed image that uses strictly pigments. Pigment printing processes have been utilized since the middle of the 19th century. The image stability of pigment printing is superior to that of any other method of printing, including traditional silver-halide or metal-based.

Digital inkjet printing has seen a surge in the use of the pigment ink as ink sets have been refined to be compatible with the latest in high-resolution inkjet technology.

Where archival dye-based ink sets exhibit excellent color gamut, pigment inks excel in permanence. A dye is molecularly soluble in its vehicle, but pigment is not. Pigment particles tend to be large enough to embed into the receiving substrate making them water-resistant. The particulate nature of pigment inks ensures their archival superiority. A particle of pigment is less susceptible to destructive environmental elements than a dye molecule.

Many digital papers have coatings which enhance color gamut. However, these delicate coatings are susceptible to scuffing and scratching, and diminish the archival properties of the print. Prints made with coated substrates are not considered true digital pigment prints.

Considering the above factors, we define a digital pigment print, sometimes referred to as a pigmented paper print, as a digital image rendered onto an uncoated, natural fiber substrate with pigment inks.

Está es mía !! This is Mine!! Abeja Carpintera

This website uses cookies to improve your experience while you navigate through the website. Out of these, the cookies that are categorized as necessary are stored on your browser as they are essential for the working of basic functionalities of the website. We also use third-party cookies that help us analyze and understand how you use this website. These cookies will be stored in your browser only with your consent. You also have the option to opt-out of these cookies. But opting out of some of these cookies may affect your browsing experience.
Necessary Siempre activado

Any cookies that may not be particularly necessary for the website to function and is used specifically to collect user personal data via analytics, ads, other embedded contents are termed as non-necessary cookies. It is mandatory to procure user consent prior to running these cookies on your website.